HOW WOULD YOU TREAT YOUR WOULD-BE KILLER?

An odd question, we will admit. Probably one you have never considered and perhaps will never have to – for yourself, at least. Not so for the writers of the Geneva Convention and those many nations who have subsequently subscribed to its various expectations, regarding treatment of Prisoners of War (or PoW’s). The demands of this Convention are in part, it seems, why the Americans have more recently labelled their current guests at Guantanamo as “enemy combatants”.  Such a novel categorisation apparently absolves them of the responsibility to treat such prisoners in accordance with the standards set out for PoW’s arising from the more ‘official’ wars of the past – legally and Constitutionally, if not morally.

Which provokes an interesting point. Let us cross-compare the expectations of the Geneva Convention, with the 7 Layer Poverty Model. Under the Convention, PoW’s can reasonably expect adequate water, food, some form of basic clothing (or uniform), shelter (even if it is a prison cell), they cannot be denied essential healthcare if reasonably available – and by default they will be permitted to engage with fellow PoW’s. Even though imprisoned (curtailing their freedom of movement), they cannot reasonably be oppressed, either physically or mentally. Here, the lines of expectation admittedly become rather blurred. However, in essence, PoW’s can expect to receive fair treatment, consistent with the 7 layer Poverty Model, under the protection of the Geneva Convention. Even if those same PoW’s have, moments before, been trying to kill you – right up to the point at which you captured them, or they surrendered.

Funny – but I suspect nobody is laughing. 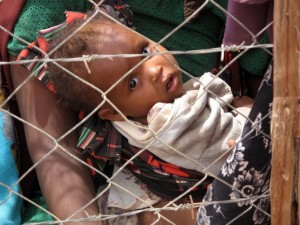 NOT IN MY BACK YARD

In Europe right now, there is much political debate about how to manage the significant influx of migrants from African nations into the not-so-welcoming arms of certain European nations – Italy, Spain and Greece in particular. There is talk of a more ‘fair’ distribution of those migrants across the many countries of Europe. It is a challenge, no doubt. Perhaps those in positions of power would find it easier to know what to do, if those same Africans were part of an Army. 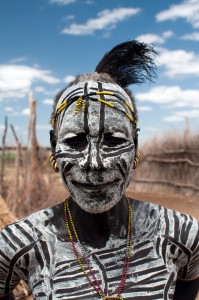 At least then, they would have the clear expectations of the Geneva Convention to guide them. Let us hope that the immigrants don’t have the same disturbing idea. For history teaches us, again and again, that desperate people frequently resort to desperate measures.

And current conditions in Africa seem to be producing a LOT of desperate people.

We applaud the inspired humanitarianism of the Geneva Convention and we encourage its provisions being upheld by all those in positions of power, around the world, who have to make the tough decisions that accompany inspirational leadership.

And again, we thank you reader, for being…