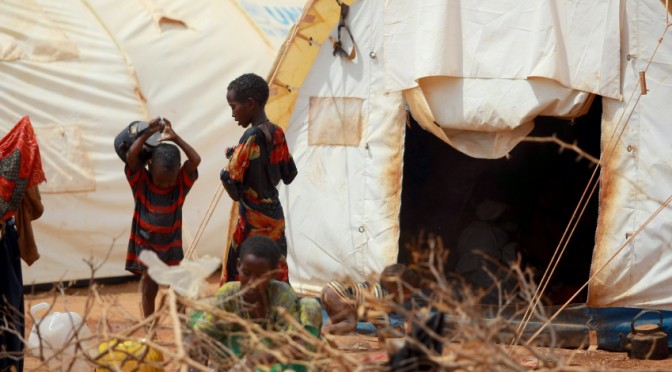 Our 3 step plan to solve poverty is to define poverty, map poverty and focus the fixers. We define poverty as the relative absence of 7 Humanitarian Basics. We incorporate and measure the presence, or absence of features of those Humanitarian Basics for each individual, within the concept of the 7 Layer Poverty Model.  However, if all poverty is relative, then exactly how much of each measurement criteria can be considered enough? When poverty is fundamentally understood to be a relative concept, one person can be poorer than another (using some agreed measure), yet it need not be considered a problem.  Here we encounter the idea of Variance versus Significance with reference to any given poverty measurement criteria. To find out more on how we actually incorporate the idea of humanitarian standards and measurement thresholds within the 7 Layer Poverty Model, read the full article here.

There are over 7 billion people on the planet and some 1.75 billion of those are currently ‘living in poverty’ according to recent UN figures. Since every one of them is different, how can we reasonably consider the idea of relative poverty between them? Isn’t comparing one person’s poverty to another just like comparing “chalk and cheese”? Our response is “yes”, if by “comparing chalk and cheese”, you mean comparing two things that initially seem to be very different, yet can still be compared in rather useful ways. To get a more detailed explanation of our reasoning, read the full article on the subject here.

Some may ask why we focus on multi-dimensional, relative poverty across 7 key criteria, rather than the absolute measure of GDP/capita promoted by the World Bank.  Aren’t we just splitting intellectual hairs instead of fixing a very practical problem? In response to such claims, or response is: “quite a lot and no”.  First, let’s recognise there are indeed good reasons for introducing and maintaining the World Bank’s concept of “absolute poverty”, or “destitution” as the poverty entry on Wikipedia states, as measured by adjusted GDP/capita figures. It makes poverty binary: you are either poor or you’re not. You either fall into the poverty category, or you don’t. However, we believe there are wider benefits in measuring the broader 7 criteria, particularly as we can facilitate simple and easy ways to capture the necessary data. For a more detailed presentation on this point, read a fuller article here.